The Movement Choir of Trinity Church at Wall Street in Manhattan Movement Choir was formed in August, 2010 from a two-hour workshop that took wings, and the group has performed in the U.S. and Canada at the Parliament of the World’s Religions, Performing the World, the Chautauqua Institution, conferences of the international Sacred Dance Guild, at La Guardia College, the Sheen Center, in the Global Water Dance and more, in addition to regular performances at Trinity Church and St. Paul’s Chapel. The Trinity Movement Choir is an active member of the Sacred Dance Guild.

Marilyn Green, Director of the Trinity Movement Choir, is a choreographer and interdisciplinary artist. Her technical work in dance centers on Rudolf Laban, both in terms of movement analysis and his philosophy of creating set choreography with considerable room for personal expression. The Movement Choir’s slow, dreamlike movement style is based on the Japanese modern dance form Butoh, with Its focus not on dance as a display of what the human body can do, but on producing transformation, both for the dancers and the audience. Her content draws on Carl Jung, Joseph Campbell and her own spiritual experience., using living masks, costumes based on the stained glass of Trinity Church, Green’s paintings, light designs and projections.

Among the Movement Choir’s works are: “Reconciliation” created for the10th anniversary of the tragic events of 9/11; “The Phoenix”; “The Book of Job”; the multimedia ” “For Conduct And Innocents,” about the martyr and 20th century theologian, Dietrich Bonhoeffer;”Womb of Advent”, drawn from the book by Mark Bozzuti-Jones; the multimedia “Elaine Massacre”; “Creation I, II and II”, “The Doors” with Green’s four doors to Brith, Death, Love and Fear;”Gospels and Spirituals” and “Humankind”. The dances rest on music created by the first woman master of the Shakuhachi, Debbie Danbrook, the Grammy-nominated Trinity Choir and composer/performer Jeff Rapella. 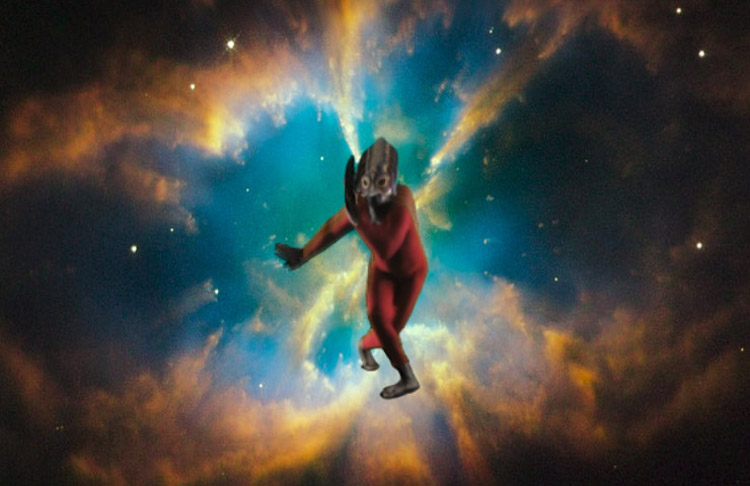 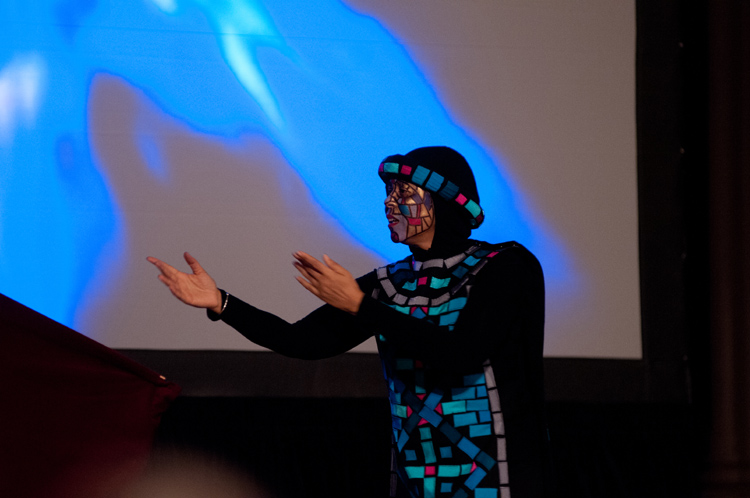 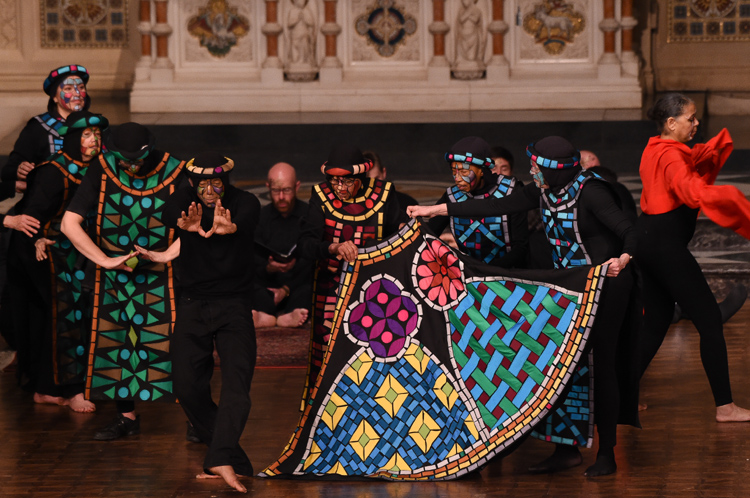 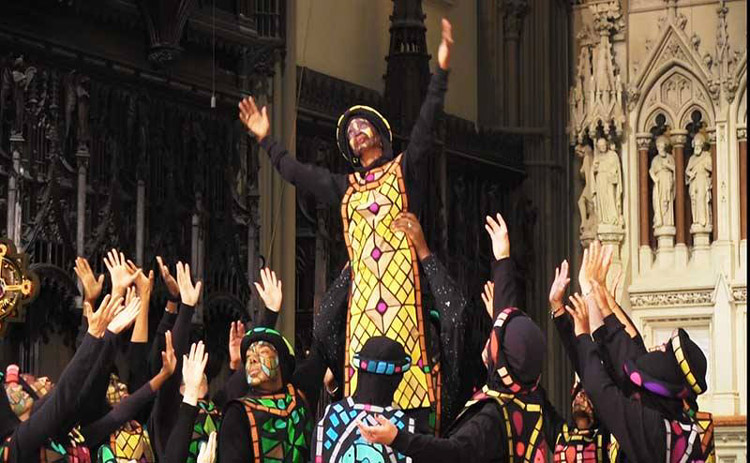 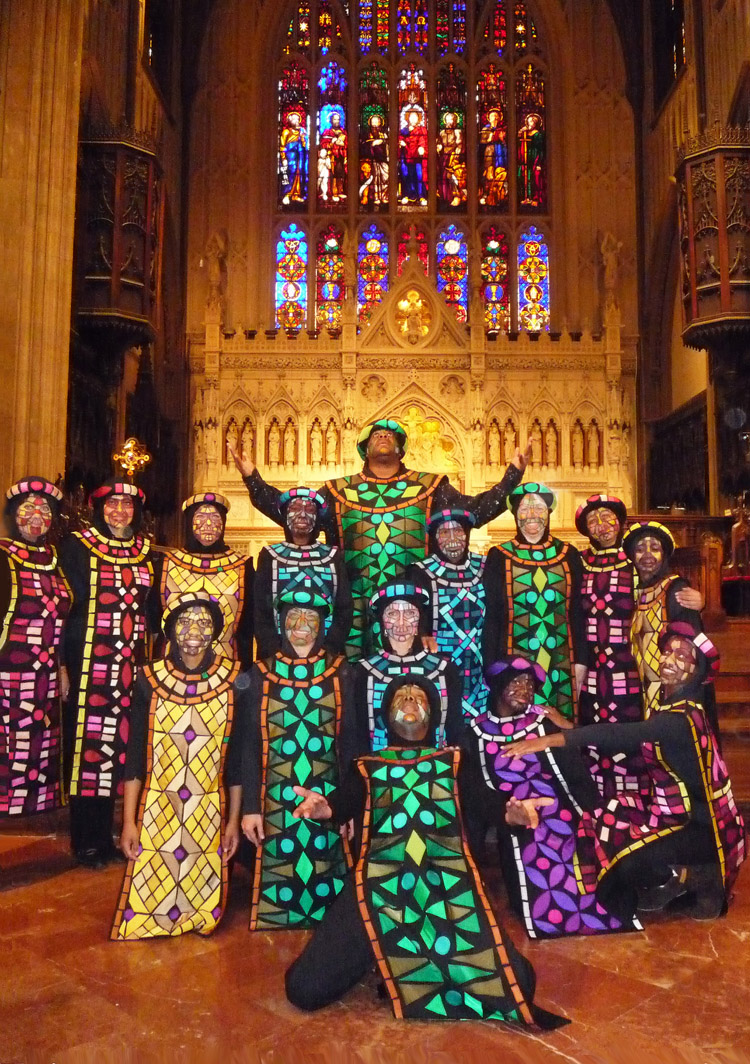 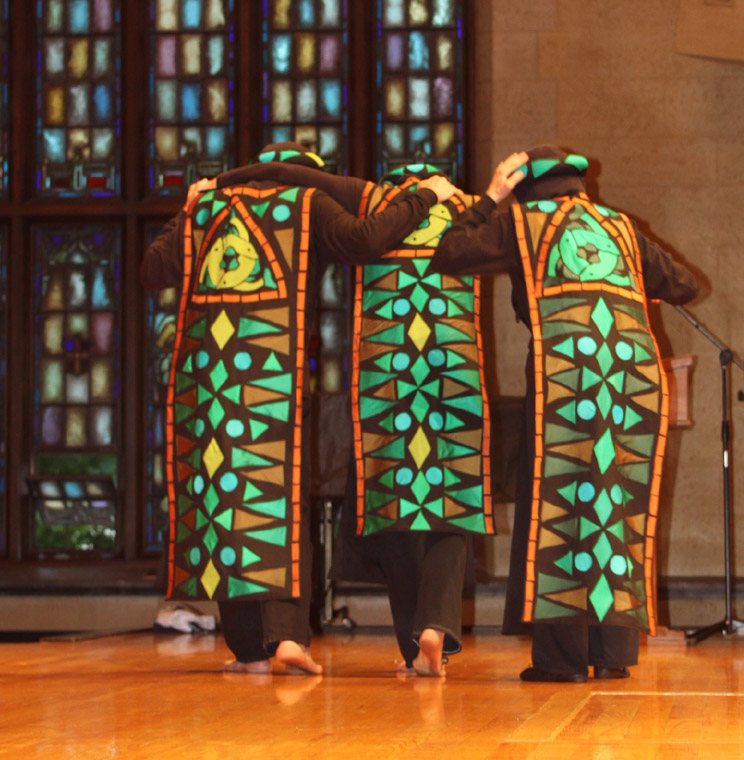 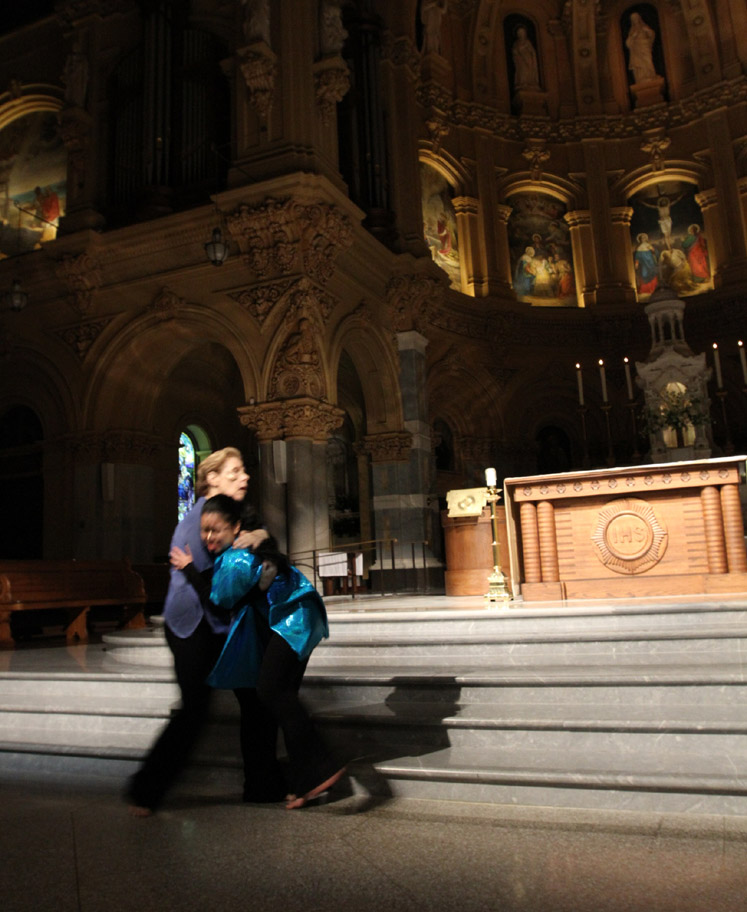 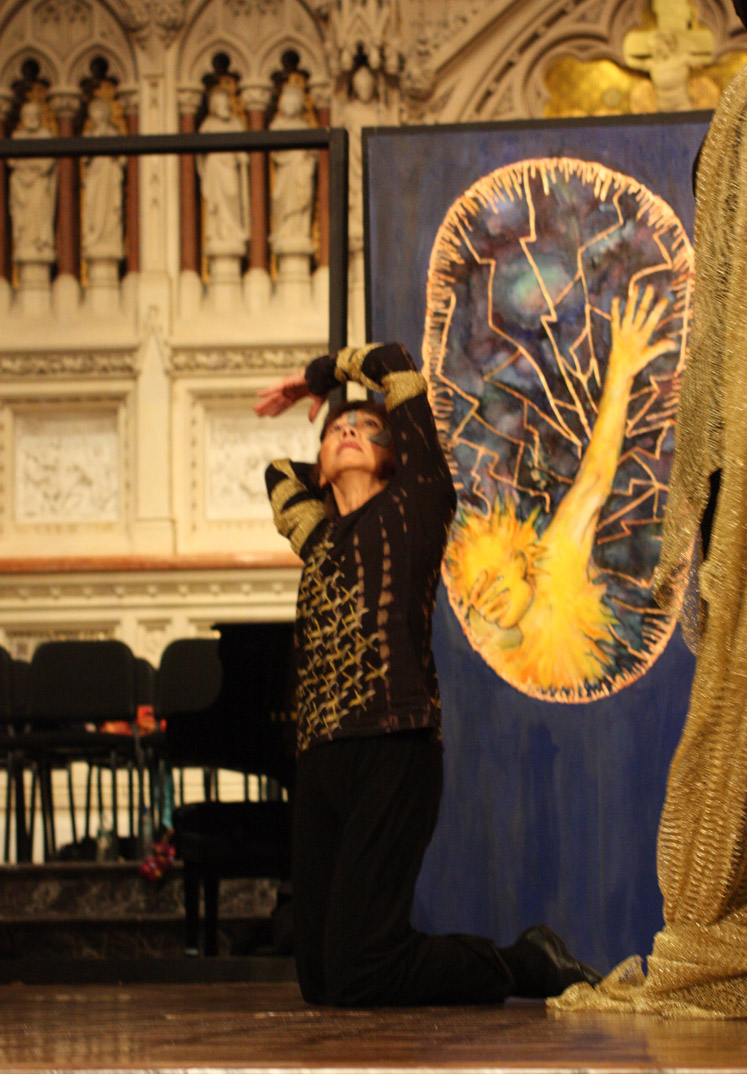 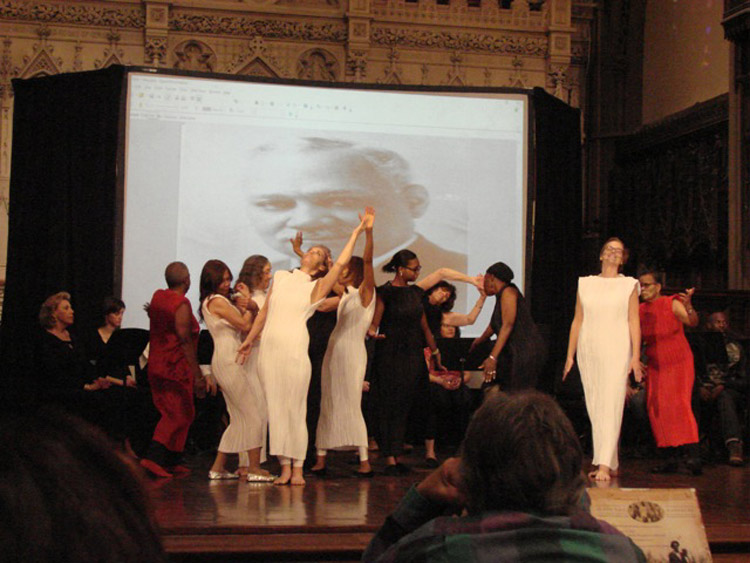 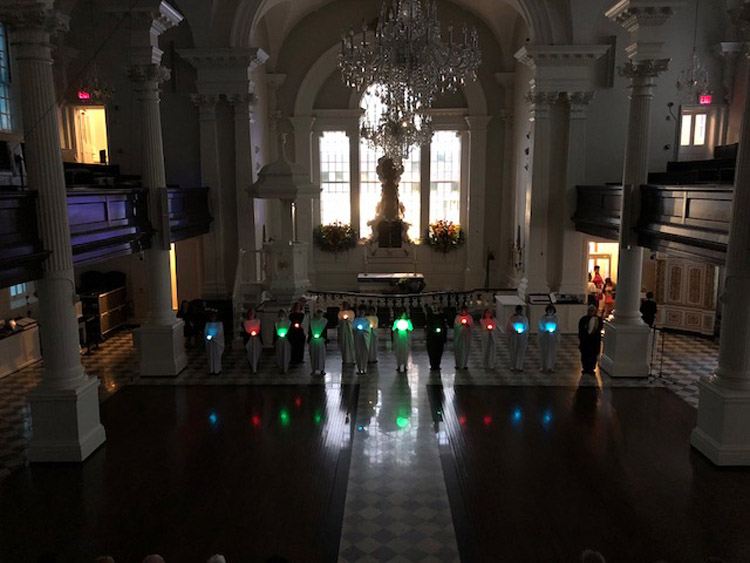